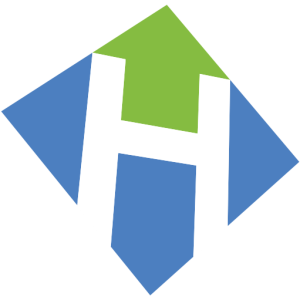 What’s in a name?

You can read a lot from a business name. The problem is, sometimes what you read is not what was intended by the person(s) who determined that business name. In our case, the name “Harness Technology” seems to have resonated with many people as a computer repair company. While IT (Information Technology) is typically associated with computer repair and maintenance, ironically that probably wasn’t the original intent. Still, it has grown to become a part of our culture. For example, a person of male persuasion that repairs computers is often referred to as the “IT guy”.

It’s probably safe to say that the word “Technology” is what is causing the confusion between what an “IT guy” does and what we do. However, one could go a step further and say that Harness Technology provides modern products relating to horse harnesses. You could argue that it doesn’t really matter all that much because it’s all in the marketing. It does matter, but sometimes you get lucky. Case in point: If you’d never heard of a store called Fred Meyer, you’d have no idea what they do without supporting information.

At networking events, we would talk to people who were surprised to find we provided web development services. When asked why, many couldn’t provide a solid reason, but many suspected that the “technology” part of the name was the primary culprit. When it happened a couple of times, we didn’t think much of it. But when it became a topic of discussion at nearly every event we attended, we became more concerned. How much business are we losing because people don’t know what services we provide? Many didn’t approach us to talk because they had already made a decision on the services we provide.

If we had named our business by the book, well, we’d probably be something like Awesome Web Design. It doesn’t cover all the bases, but it does cover the one key element (web design) that most people will search for when trying to find a website builder. It also implies awesomeness, which couldn’t possibly be a bad thing, right?

By now, you have a pretty good understanding of why we chose to move away from the Harness Technology name. But we didn’t want to move too far away from it — the husband and wife team that founded and still operate the business to this day share the Harness last name. By retaining our personal last name in the company, we are continuing the familiarity in the community while also avoiding some confusion that would be caused by a total revamp.

We chose to include the word “Media” for a variety of reasons. One of those reasons is because we build and manage websites primarily for small and mid-sized businesses — this means we are actually creating media for our clients. In the same vein, we are helping to publish client data and information, which can also be referenced as media. Lastly, we own and/or manage properties that would be considered media outlets, such as RPLS Today, and we are currently developing other similar online properties.

You could argue that the word “media” is equally as obscure as “technology”, but we think the new name is far more appropriate because it is not as easily associated with a specific niche or vertical market.

In a future article, we’ll point out how and why we developed our new logo. There are a lot of elements and concepts to consider. Stay tuned!

Update: Click here to read the article about our new logo

What are your thoughts?

Harness Media is based in beautiful Salem, Oregon, USA, serving clients all over the world. We build websites of varying levels of complexity, from standard informational business websites to e-commerce solutions and beyond.